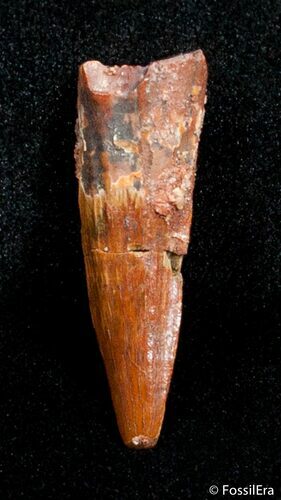 This is an inch long Spinosaurus tooth with great enamel preservation. It probably came from a juvenile of the species. The tooth itself has a repaired crack from a natural break through the middle of it but has not been restored. While it maybe small for a Spinosaurus tooth the quality of preservation certainly makes up for it.