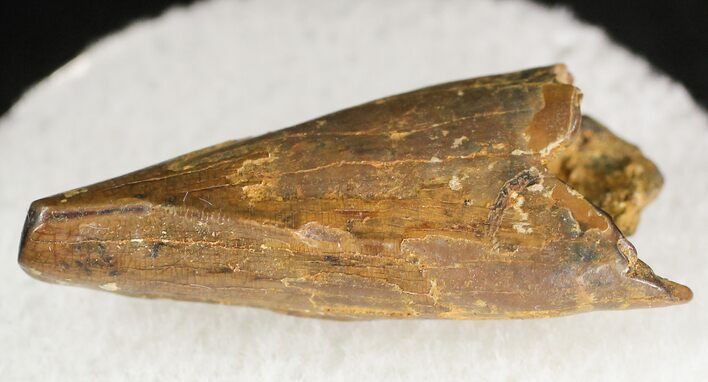 This is a very interesting Tyrannosaurid tooth from the Two Medicine Formation (Judith River Group) of Montana. This Formation is about 5 million years older than the Hell Creek Formation where T-Rex comes from. It's in overall good conditions with some minor feeding wear and root etching on one side. There is a crack repair near the tip.