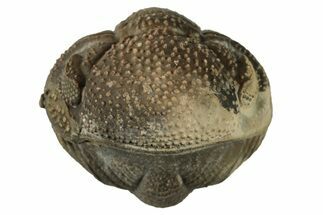 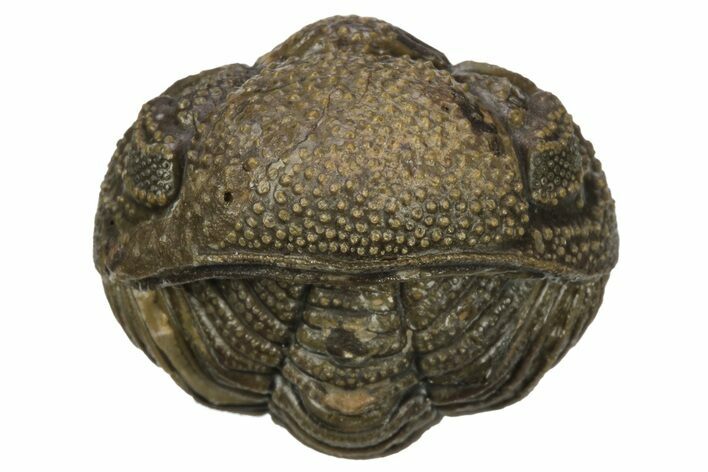 This is a very pustulous, enrolled, 1.03" wide Morocops spinifer trilobite from the of Khebchia Formation. This species is completely covered in small tubercles. 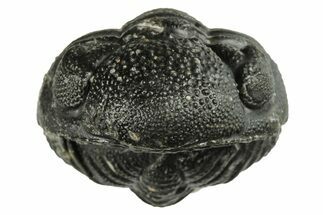