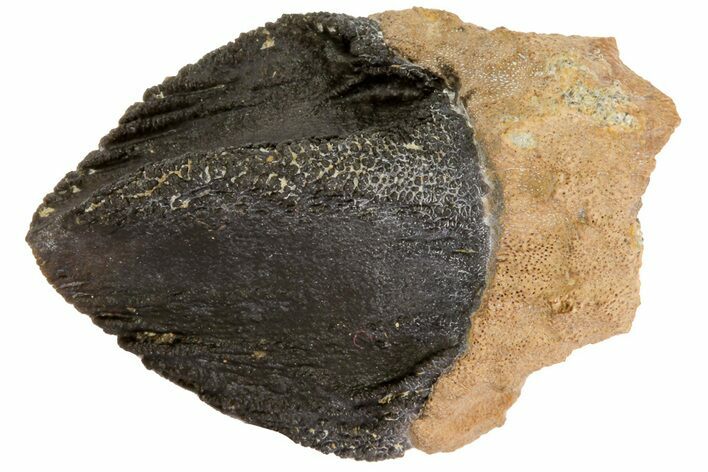 This is a 1.05" long, partially rooted tooth of Triceratops horridus, one of the most recognizable dinosaurs of all time. Most of the root of this tooth has been sheered away, however the crown is in excellent condition.

It was collected this past summer in South Dakota, and was part of a partial jaw that had been exposed and had mostly eroded away leaving some scattered teeth. 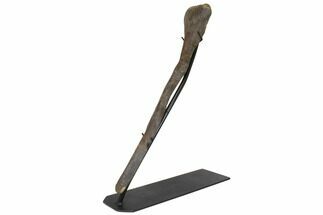