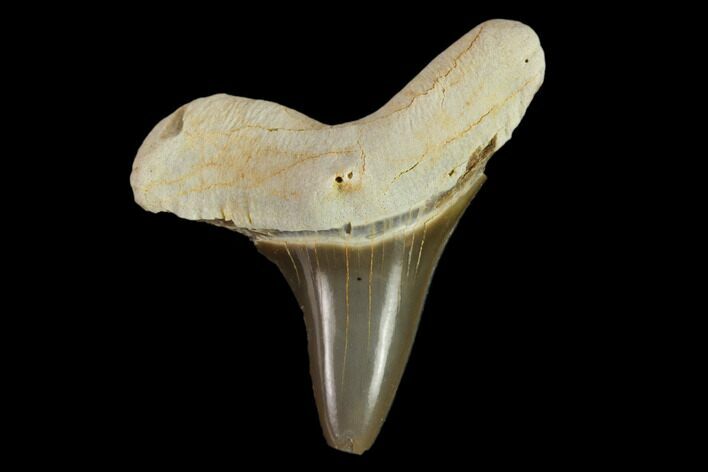 This is a 1.06" fossil tooth of the shark (Cretoxyrhina). It is Late Cretaceous in age and comes from the Smoky Hill Chalk in Gove County, Kansas. The edges and tip of the tooth are chipped, with some weathering of the root to the anterior side. 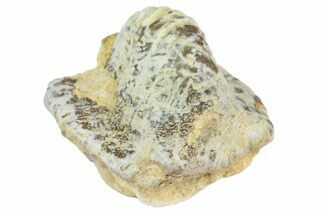 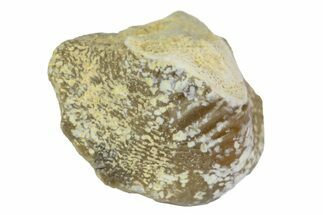 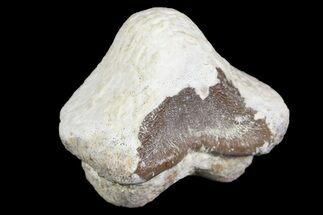 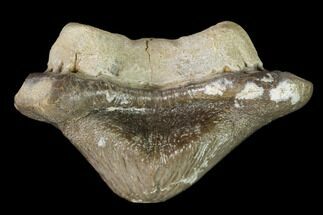 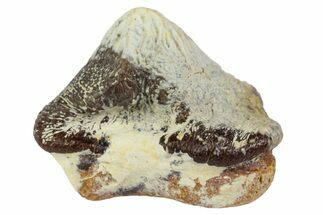