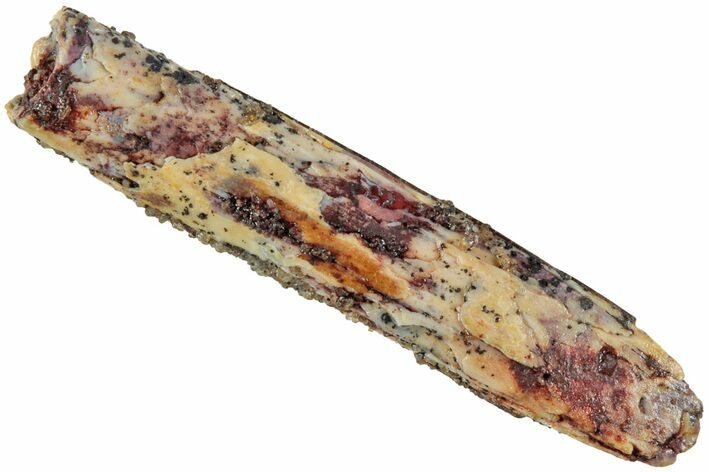 This is a 1.09" long tooth of the large Moroccan diplodocid sauropod, Rebbachisaurus garasbae. It comes from the Late Cretaceous, Kem Kem of Morocco, home to such meat eating giants as Spinosaurus and Carcharodontosaurus.