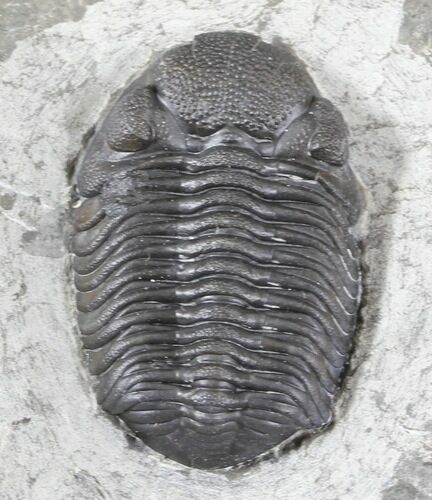 This is a nice specimen of Eldredgeops rana rana from the Windom Shale of NY. Eldredgeops is often incorrectly referred to as Phacops. About average size for the locality at just over an inch in length. Nice black shell preservation and good eye detail. The tail is slightly tucked but exposed. 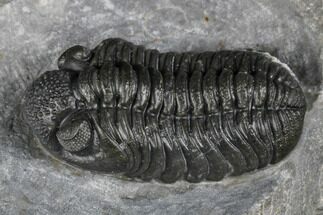 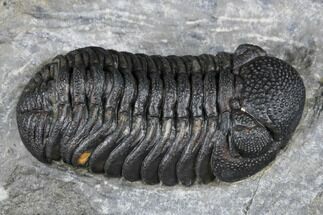