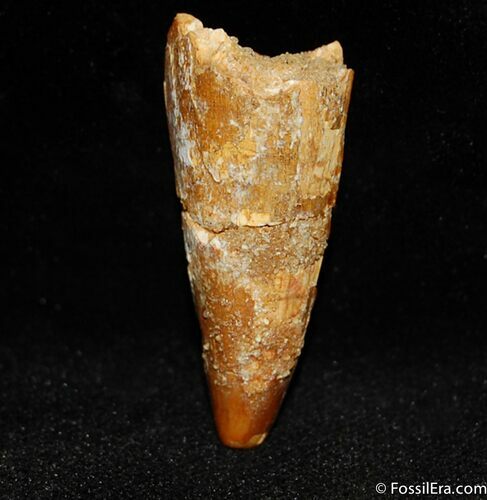 Here is a 1 1/2 inch Spinosaurus tooth from Morocco. There has been a break through the middle of the tooth which was repaired but the tooth is all real. It's a very inexpensive tooth from the largest meat eating dinosaur to stalk the surface of the planet.