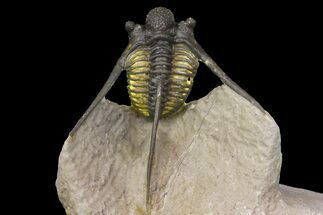 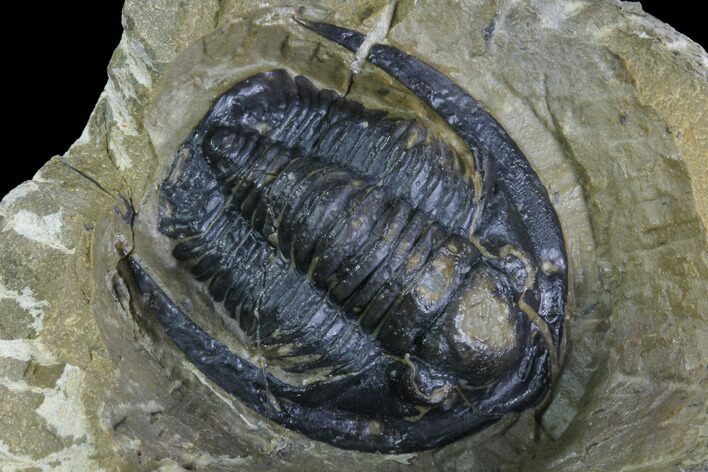 This is a 1.1" long specimen of Diademaproetus praecursor from the Timrhanrhart Formation near Foum Zguid, Morocco. This large, proetid trilobite has distinctive swept back genal spines and the chocolate brown shell preservation contrasts nicely with the lighter colored shale.

1.45" Spiny Scabriscutellum Trilobite - Foum Zguid, Morocco
$395 $295
Our Black Friday Sale Has Started!
Our biggest sale of the year has just begun. All items sitewide are discounted 5-25%. We will be adding over 1,000 of new fossil, mineral and crystal listings throughout the week, as well as running some special discounts. So, be sure to check back often.