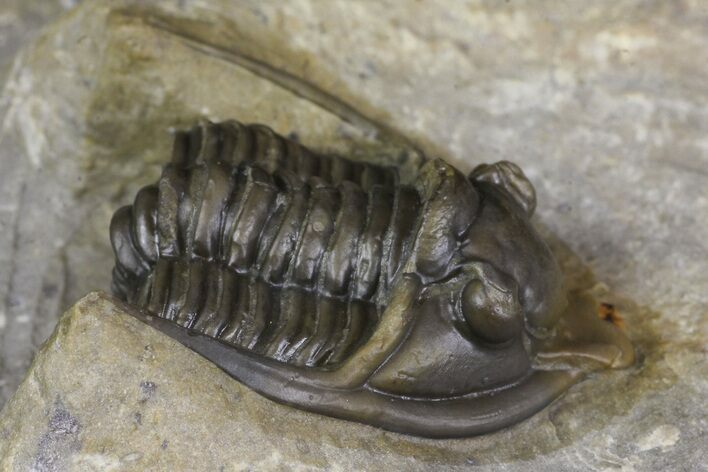 This is a nice, 1.1" long specimen of Diademaproetus antatlasius from Ofaten, Morocco. This elengant species features long swept back genal spines and a distinctive rostrum. Under magnification you can even see hundreds of tiny eye facets in its eyes. It has a beautiful, natural, multi-toned shell coloration.