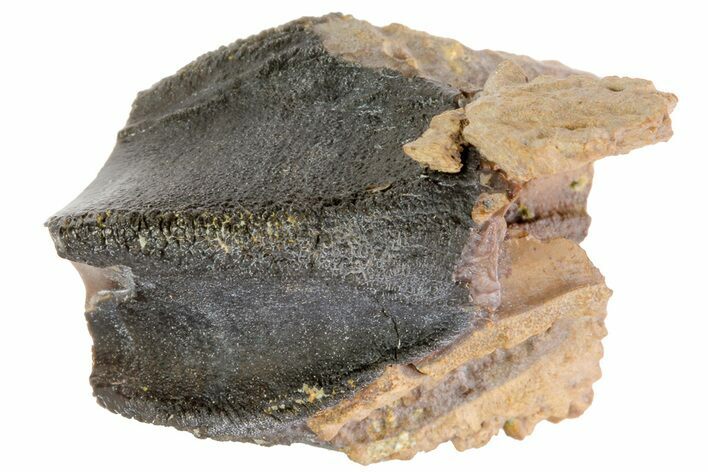 This is a 1.1" long, rooted tooth of Triceratops horridus, one of the most recognizable dinosaurs of all time. There is a lot of feeding wear to the crown of the tooth. Most teeth that are found are shed teeth that were shed after they become worn, this one has a root so it's not a shed tooth.