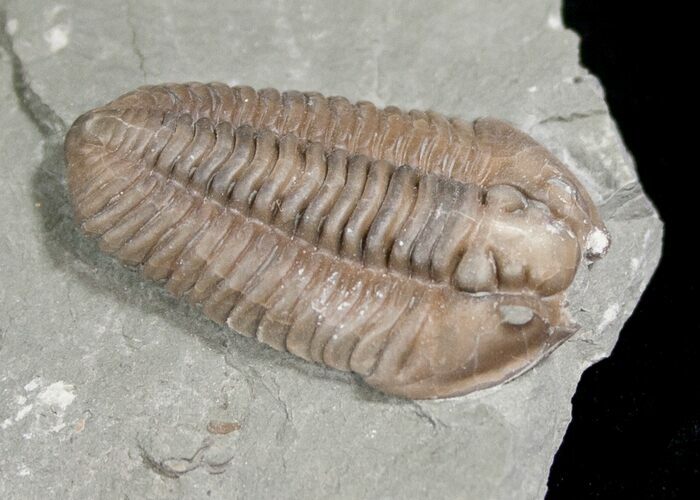 This is a 450 million year old 3D Flexicalymene retrorsa trilobite fossil from Ohio. It laid out prone on the surrounding matrix and has been prepared under microscope using air abrasives to reveal the exquisitely preserved detail. There is a small chip missing from the nose. 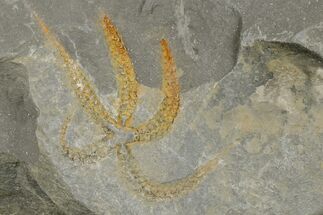