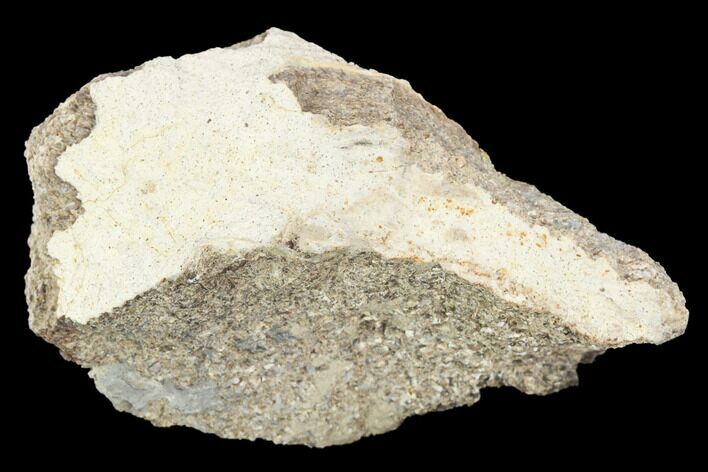 This is a 1.1" fossil Triceratops bone section, from the Hell Creek Formation near Bowman, North Dakota. There are few diagnostic markers on this bone making a definitive identification difficult.