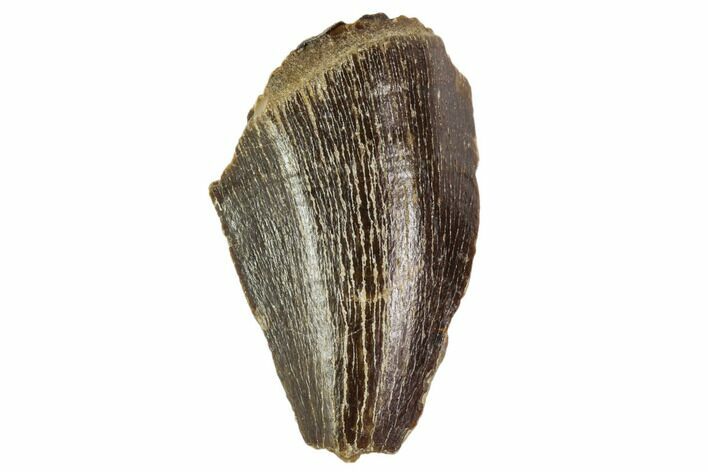 This is a 1.1" long, tooth fragment of a Mosasaur from North Sulfur River, Texas. There are several types of Mosasaur's known from this formation, so identifying an individual tooth to a genus or species is difficult.

Although Mosasaurs diversified and proliferated at a spectacular rate, their specialization is considered the source of their demise when marine systems collapsed at the end of the Cretaceous.
More About Mosasaurus & Mosasaurs
SOLD
DETAILS
SPECIES
Mosasaurus sp.
AGE
Late Cretaceous 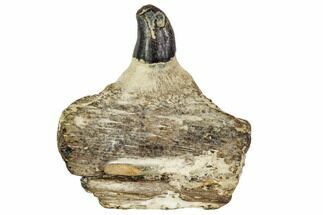