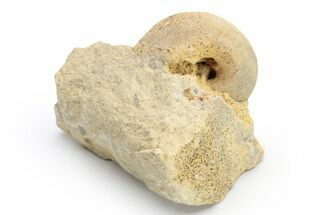 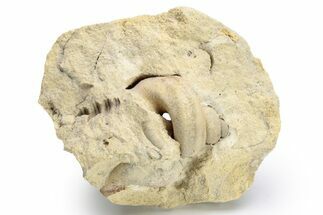 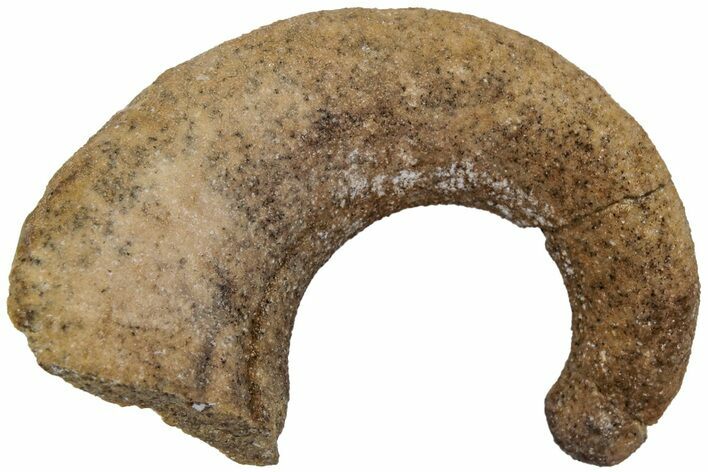 This is a 1.1" long example of the Middle Ordovician septate gastropod, Ecculiomphalus undulatus. This fossil is part of an old collection from the Grand Detour Formation in Rock County, Wisconsin. It has been completely prepped free from the rock it was found in. 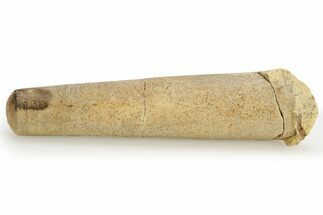 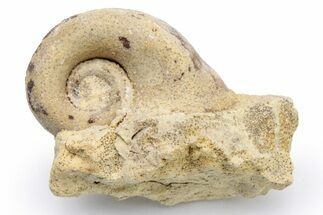 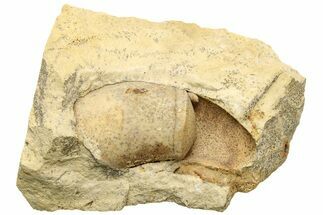 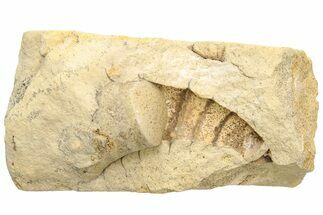