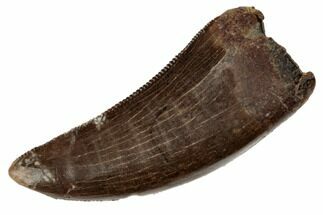 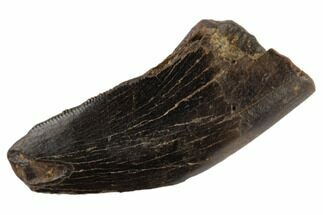 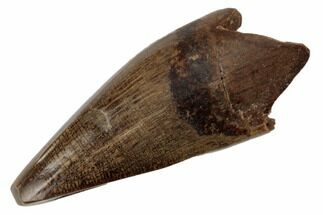 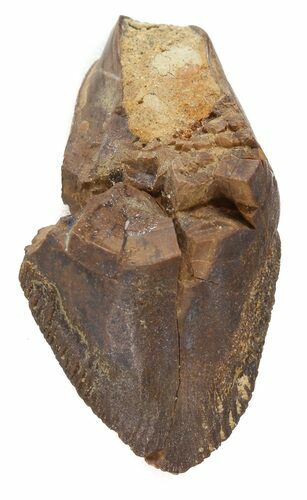 This is a unworn crown of a Triceratops tooth. It was collected from the Hell Creek Formation in Carter County, Montana. Triceratops is one of the most iconic dinosaurs, recognizable by almost everyone. The vast majority of teeth found are worn teeth that are discarded during the dinosaurs lifetime. The tooth is unworn making it a much more uncommon find. There are several repaired cracks in the tooth. 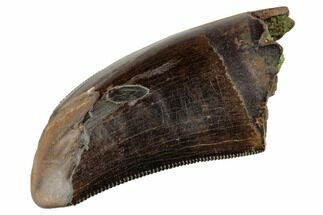 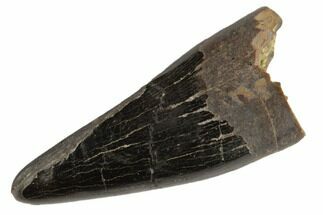 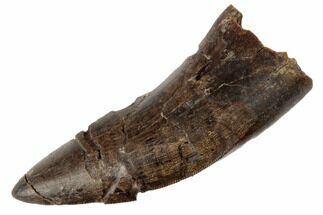 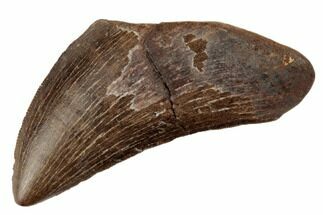 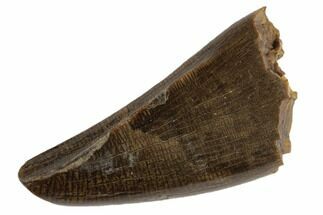