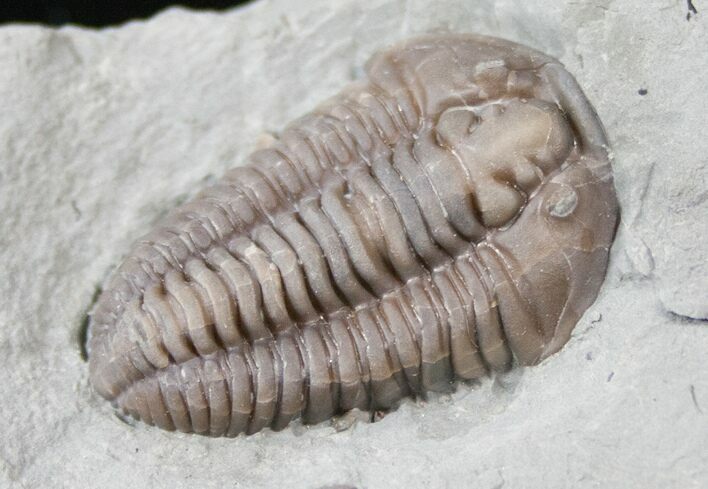 This is a nicely preserved specimen of Flexicalymene retrorsa from the famous trilobite beds of Mt. Orab, Ohio. It's laid out prone and is 1.14" in length. It was cleaned under microscope using air abrasives to reveal the well preserved detail. 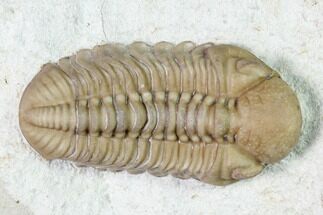