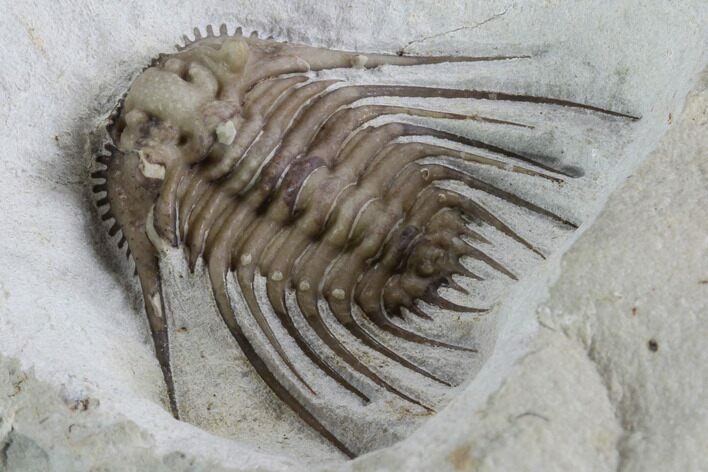 This is a exquisitely detailed specimen of the trilobite Kettneraspis williamsi from the famous Black Cat Mountain locality in Oklahoma. It was masterfully prepared by Bob Carroll. It's caramel colored shell and elegant spines contrast well against the creme colored matrix. The eye stalks and small occipital spine are preserved, features often missing in lesser quality specimens. This is one of the best specimens that came out of the quarry this past season and it's near maximum size for the species.