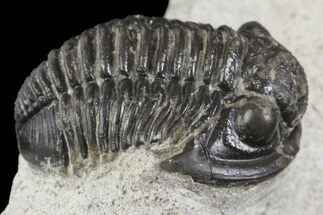 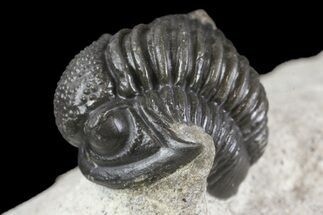 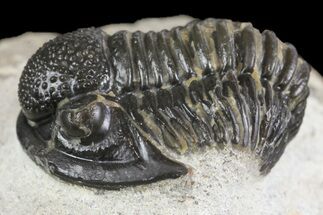 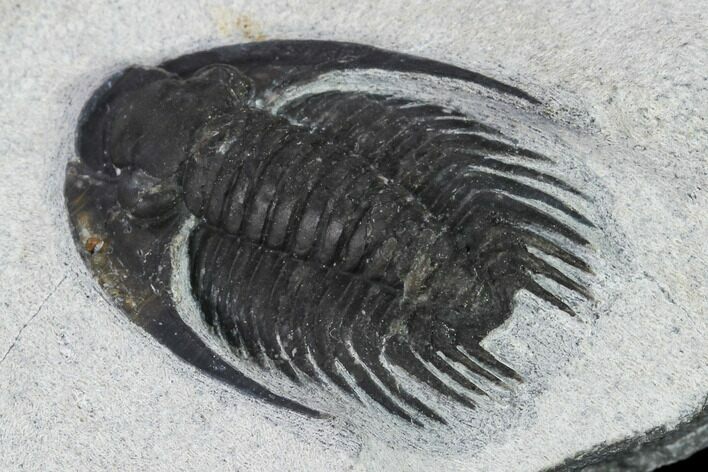 This is one of the more uncommon proetid trilobites out of Morocco, Phaetonellus.

Trilobites were a very diverse group of extinct marine arthropods. They first appeared in the fossil record in the Early Cambrian (521 million years ago) and went extinct during the Permian mass extinction (250 million years ago). They were one of the most successful of the early animals on our planet with over 25k described species, filling nearly every evolutionary niche. Due in large part to a hard exoskeleton (shell), they left a excellent fossil record.
SOLD
DETAILS
SPECIES
Phaetonellus sp.
AGE
Middle Devonian 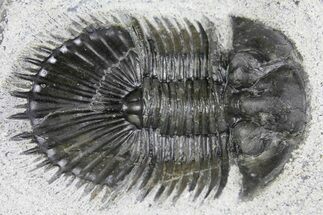 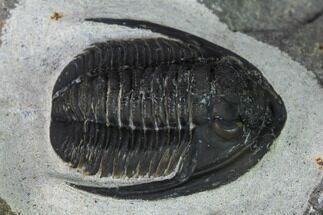 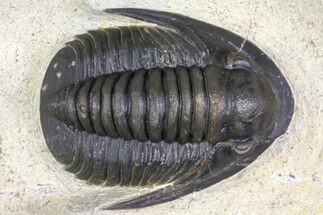 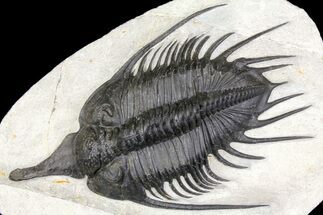