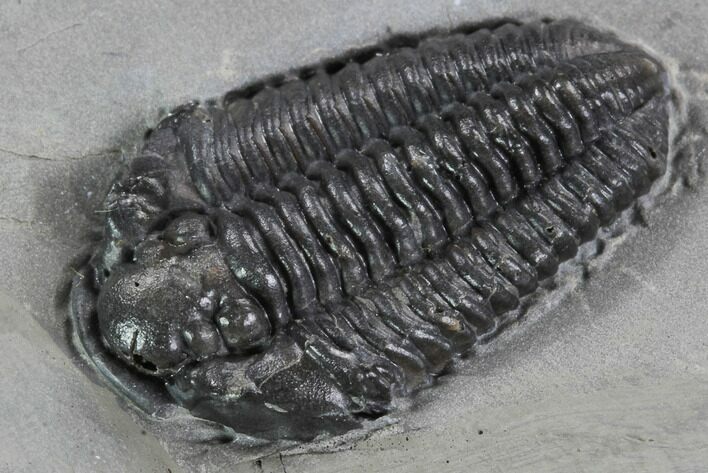 This is a 1.2" long, niagarensis trilobite from the Rochester Shale near Middleport, NY. This specimen has great shell preservation for the locality. 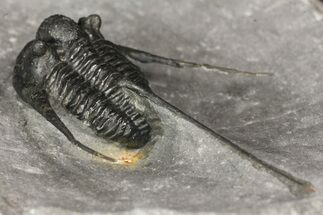