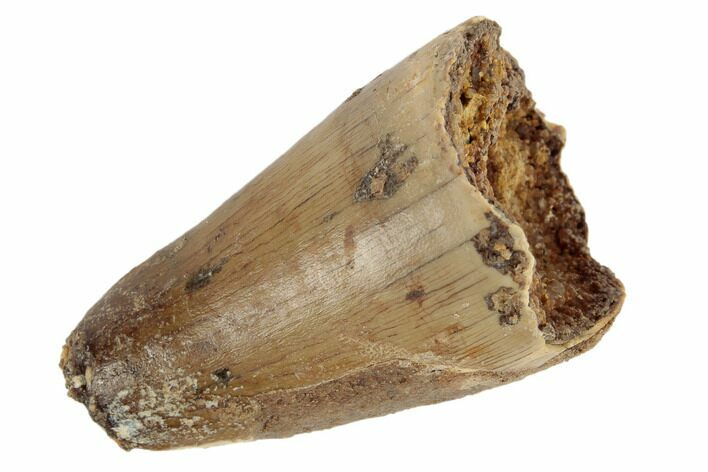 This is a 1.2" fossil crocodile tooth from the Kem Kem Beds of Morocco. There is significant wear to this rather robust tooth and a large area of gap fill restoration. 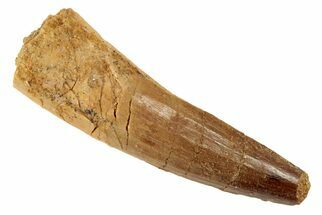 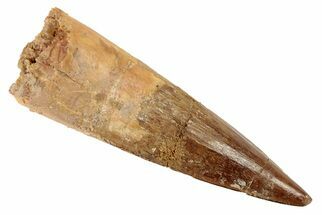 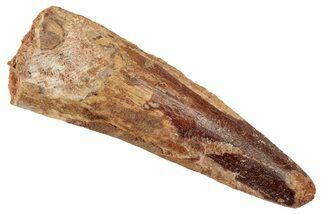 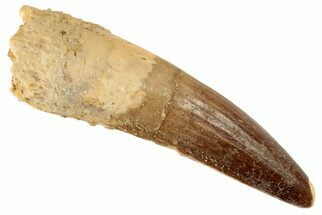