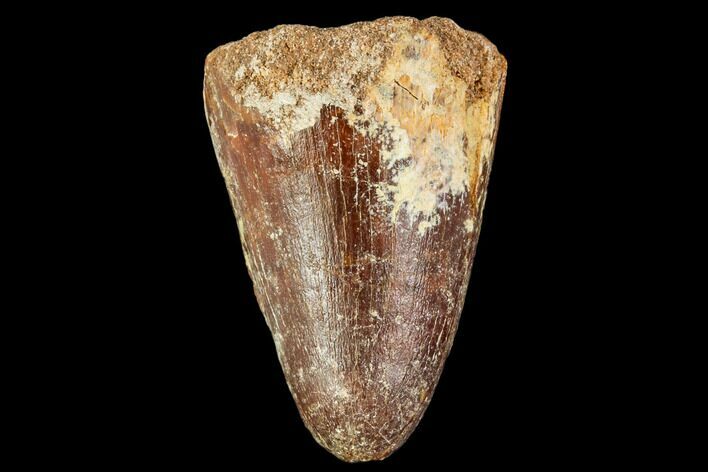 This is a 1.2" fossil crocodile tooth from the Cretaceous age Kem Kem Beds, Morocco. It is likely this tooth is from a crocodyliform of the genus Elosuchus. The enamel is in good condition with several small missing areas.