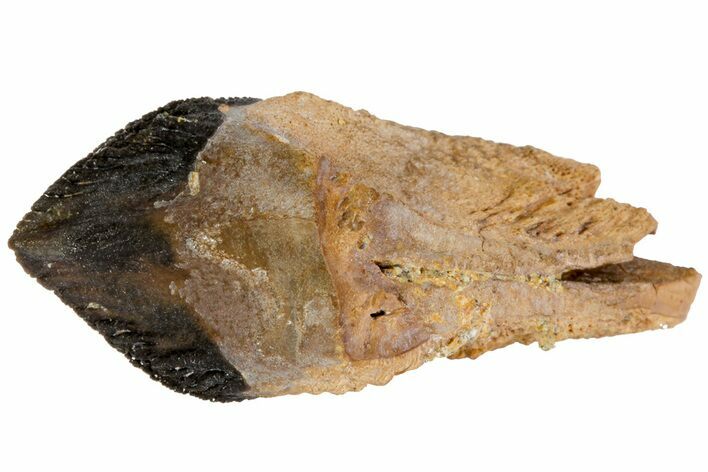 This is a 1.2" long, partially rooted tooth of Triceratops horridus, one of the most recognizable dinosaurs of all time. Much of the root of this tooth has been sheered away, however the tip is in excellent condition.