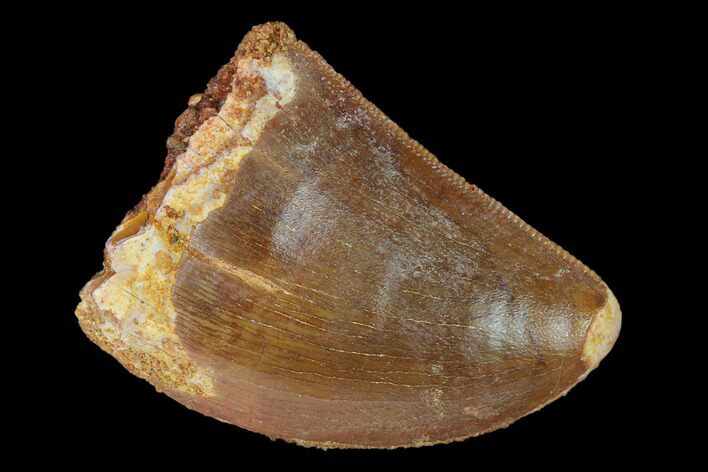 Given its size, it probably came from a juvenile of the species. The serrations are present on one edge, but they are sheered away on the other. Some minor feeding wear to the tip.