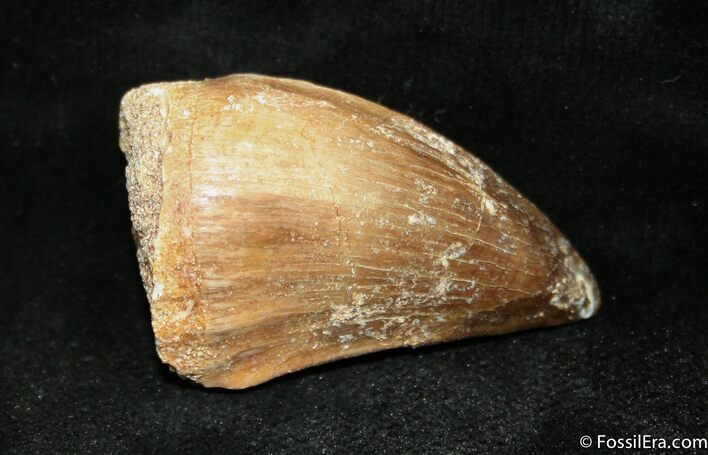 Here's a beautifully preserved tooth of one of the most fearsome predators to ever roam earth's oceans, the mosasaur. It's 1.23 inches long and is free of the surrounding rock. 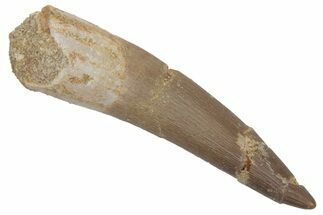 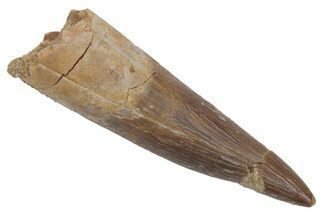