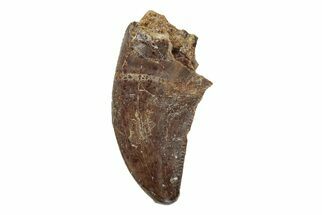 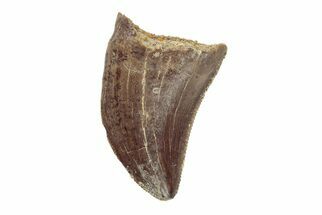 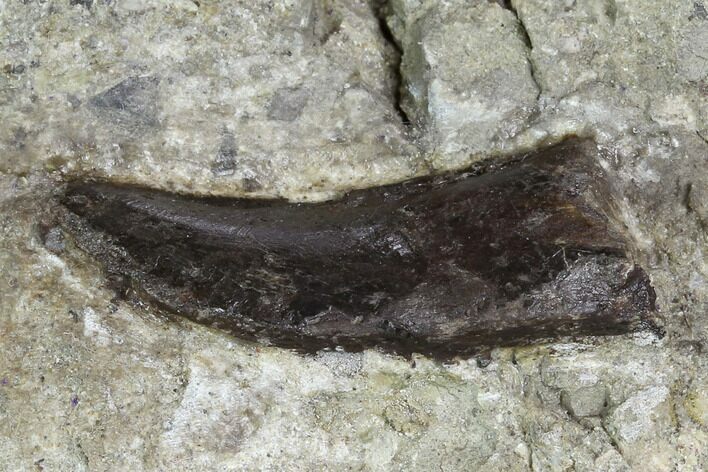 This is a 1.24" long Allosaurus tooth from the Morrison Formation near Dinosaur, Colorado. It was left partially embedded in the sandstone that it was found in. Unfortunately the tooth is pretty beat up with a lot of enamel damage, hence the bargain price, 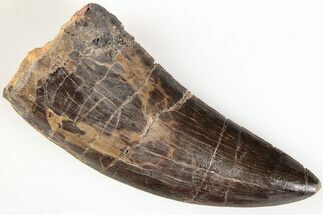