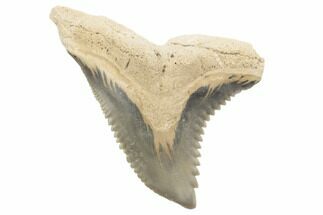 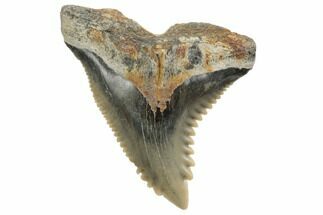 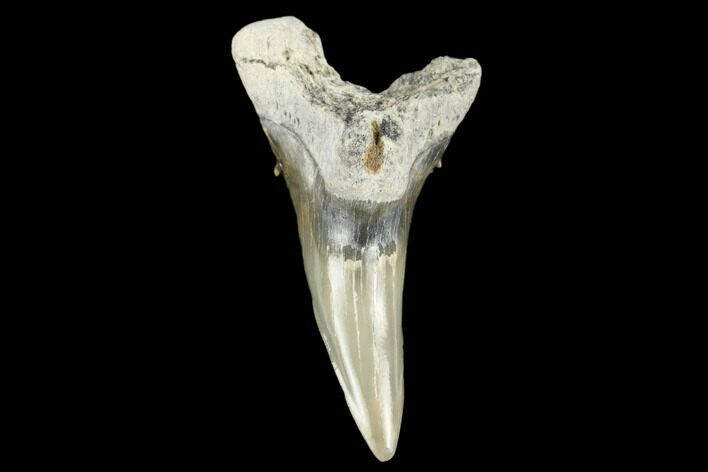 This is a wicked, 1.25" long Hemipristis serra tooth from the Lee Creek Mine in North Carolina. This mine has been shut down to collectors for several years so it's rare to see teeth like this one on the market anymore. It has great serrations and beautiful coloration which is typical for the locality. This tooth is from the lower jaw of the shark. 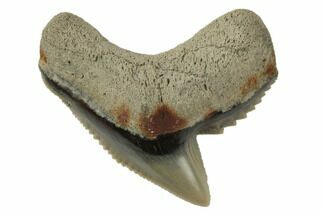 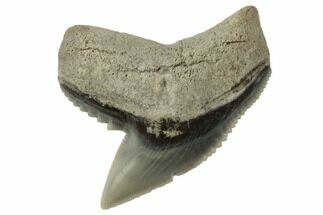 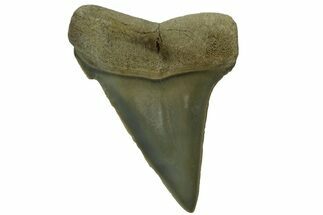 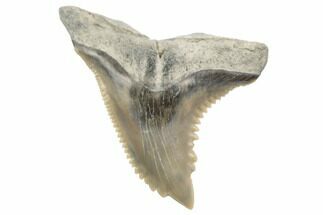 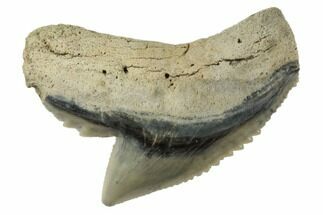