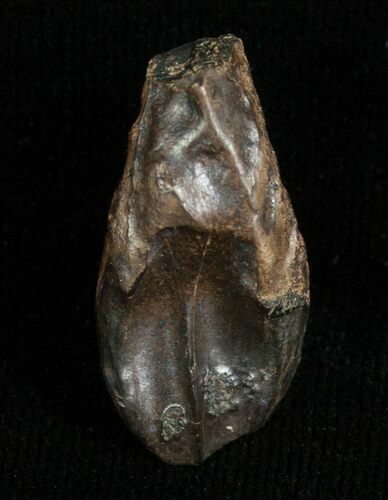 This is a large, partially worn crown of a Triceratops tooth. It was collected in the 66 million year old, Hell Creek Formation of Montana. Most cheap Triceratops teeth sold commercially are fully worn teeth that were were shed during the dinosaur's lifetime, often referred to as "spitters" This tooth is not one of those.