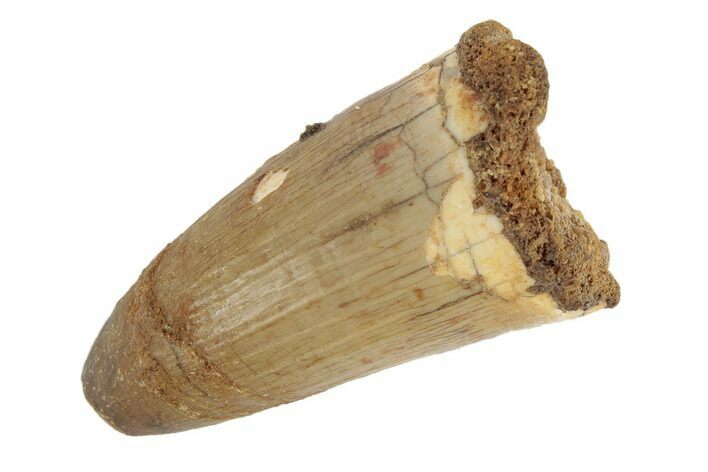 This is a 1.3" fossil crocodile tooth from the Kem Kem Beds of Morocco. This tooth has a couple of crack repairs and some enamel wear on one side. 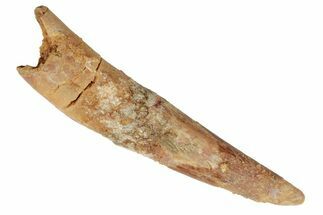