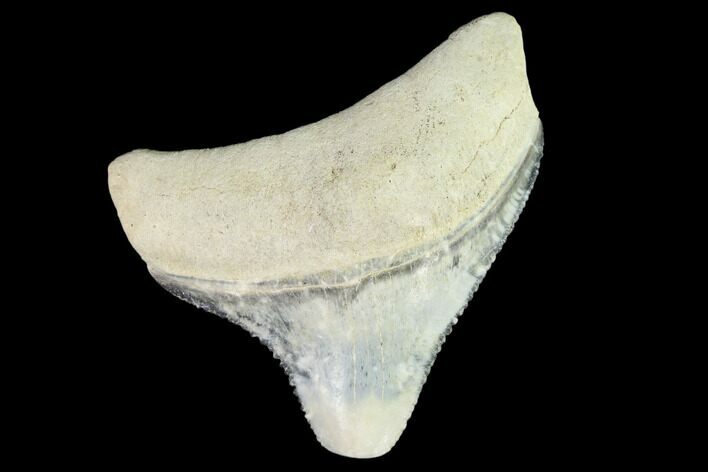 This is a fossil 1.3" Megalodon (Carcharoles megalodon) tooth from The Bone Valley Formation, Florida. This example has good enamel. The apical (tip) is worn as are the serrations. The serrations are still visible.