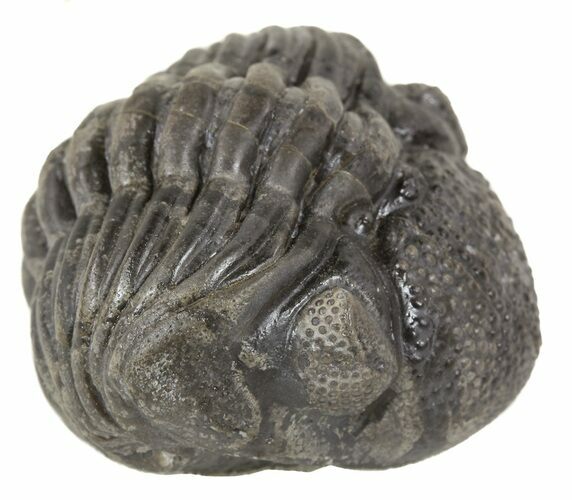 This is a nice, enrolled specimen of Pedinopariops (Hypsipariops) vagabundus from Mrakib, Morocco. It has been prepared completely free of the surrounding limestone. The eye facets are clear in both eyes and there isn't any restoration. There is some slight discoloration due to weathering.