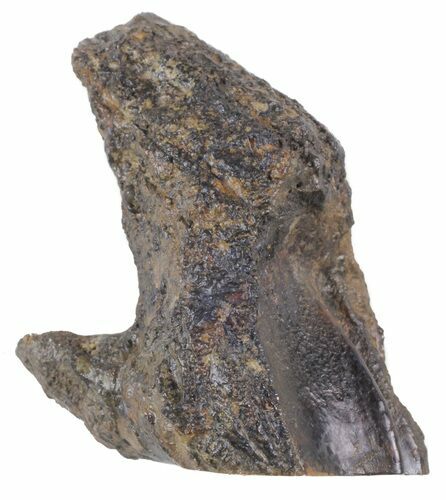 This is a 1.31" rooted tooth of Triceratops horridus, one of the most recognizable dinosaurs of all time. It's in nice shape with the distinctive, duel roots. It exhibits a lot of feeding wear. It comes from the 66 million year old Hell Creek Formation in Powder River County, Montana.