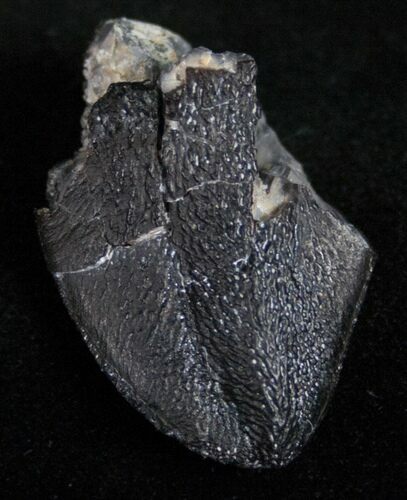 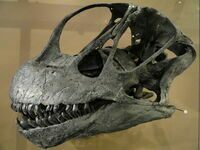 A Camarasaurus skull cast showing how the teeth looked.
is a nicely preserved tooth of the sauropod dinosaur Camarasaurus grandis. Camarasaurus had very distinctive, chisel shaped teeth indicating it probably ate courser vegetation than other sauropods.

The crown is 1.32" with detailed, black enamel preservation. It's been repaired as it was found in several pieces but there is no restoration. I collected this tooth personally in the April of 2015 in the Salt & Pepper Quarry at Skull Creek, near Dinosaur Colorado. This quarry is about to become very famous, due to a very large discovery which will soon be announced. This tooth came from a sandy layer in the quarry about a meter below the layers that contain articulated dinosaur remains. This sandy layer contains teeth and tumbled bones fragments but no articulation, most likely representing an event such as a flood. 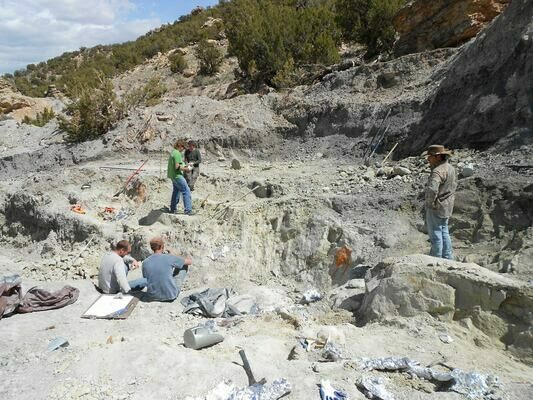 A view of operations at the Salt & Pepper quarry this past spring.