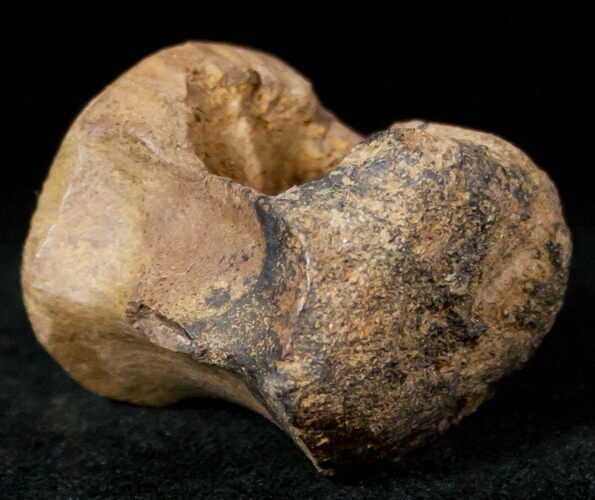 This is a 1.32" wide mid-caudal (tail) vertebrae of Edmontosaurus annectens a type of Hadrosaur. It was found in the Hell Creek Formation in Carter County, Montana. The bone has quite a bit of weathering with quite a bit of the shiny, smooth outer bone remaining, but has been completely hollowed out. The processes have mostly eroded away and all that remains is the vertebra body.