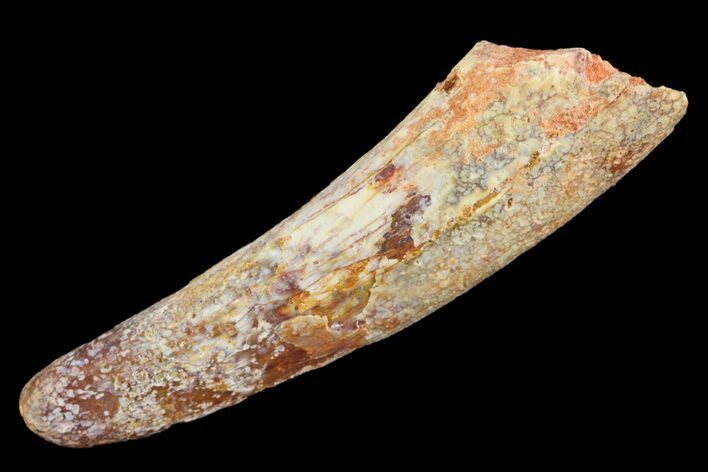 This is a 1.33" long, fossil Pterosaur (Siroccopteryx) tooth from the Kem Kem Basin, Taouz, Morocco. The enamel and tip on this tooth are heavily worn.