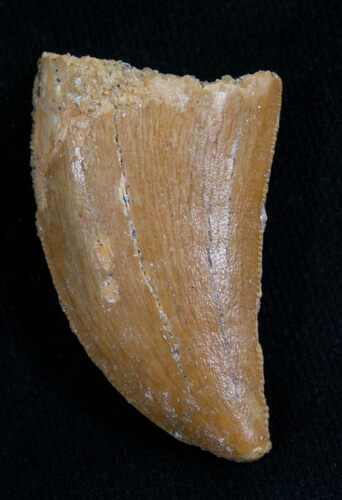 This is a 1.36 inch long tooth from the gigantic, meat-eating, theropod dinosaur, Carcharodontosaurus. Often referred to as the "Moroccan T-Rex" this monster is one of the largest know theropod dinosaurs. This tooth would have come from a juvenile of the species.

It has beautiful enamel preservation and and most of the serrations are present. There is a minor gap fill near the base of the tooth on one side but nothing major.