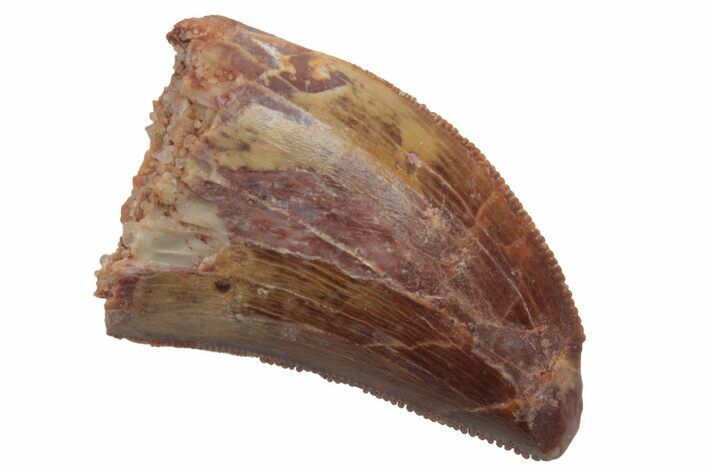 The tooth has colorful enamel preservation, visible serrations and some minor feeding wear to its tip. Comes with a small acrylic case.