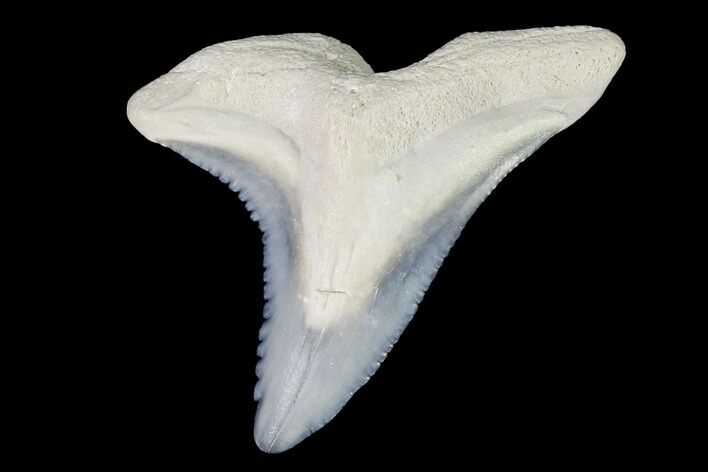 This tooth has some wearing of the serration, however the enamel and root are in great condition.