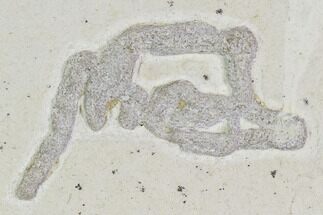 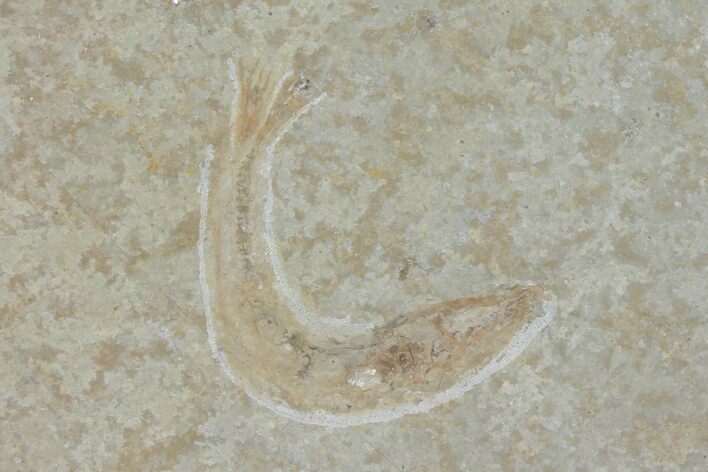 This is a small, 1.4" long fossil fish (Leptoleptis sp.) that was collected from the 155 million year old Solnhofen Limestone of Germany. The preservation color doesn't allow for much contrast between the fish and the limestone, however the eye socket and some of the bone structure is clearly defined. When curled up like this, the fish measures 1.4" across, however when stretched out this fish would have been around 2" long. 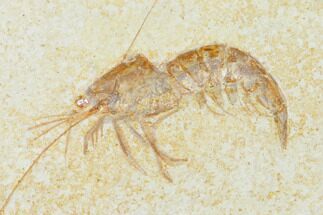