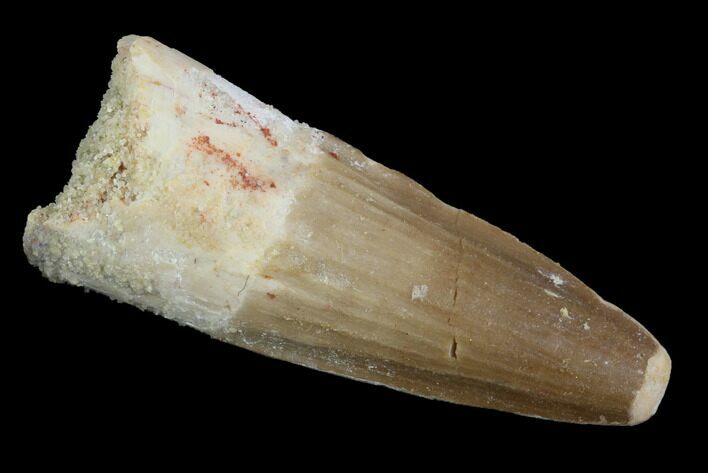 The tip of this tooth has undergone feeding wear and there is a repaired crack half way down the crown of the tooth.