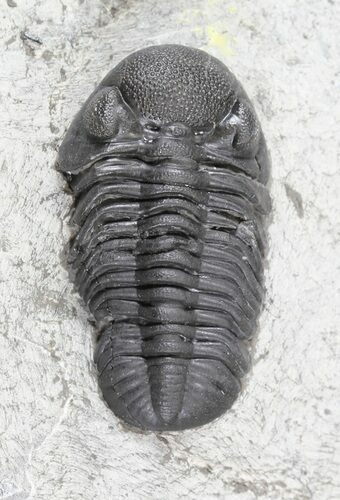 This is a prone specimen of Eldredgeops rana rana from the Windom Shale of NY. Eldredgeops is often incorrectly referred to as Phacops. It's quite large for the locality at 1.43" in length and nicely centered on a rectangularly cut piece of shale. Nice black shell preservation and good eye detail. There is some compression on the left side.