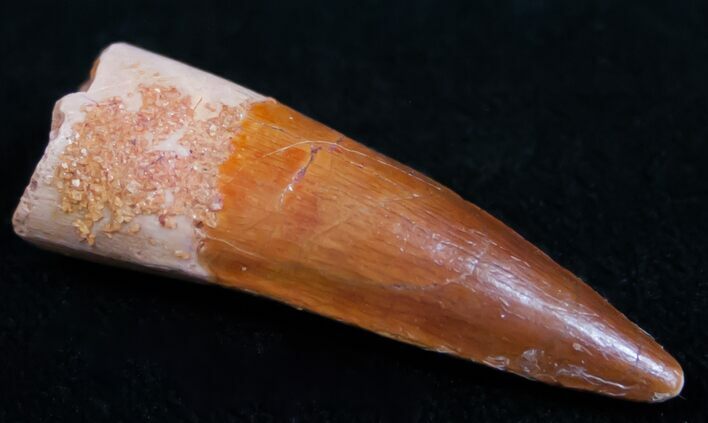 This is a 1.43" long tooth a Spinosaurus the largest known meat eating dinosaur. It's Late Cretaceous, approximately 95 million years old and from the Kem Kem Basin in Morocco. Great enamel preservation with just a couple of repaired cracks and no restoration. 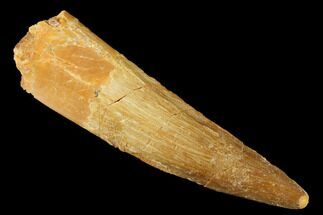