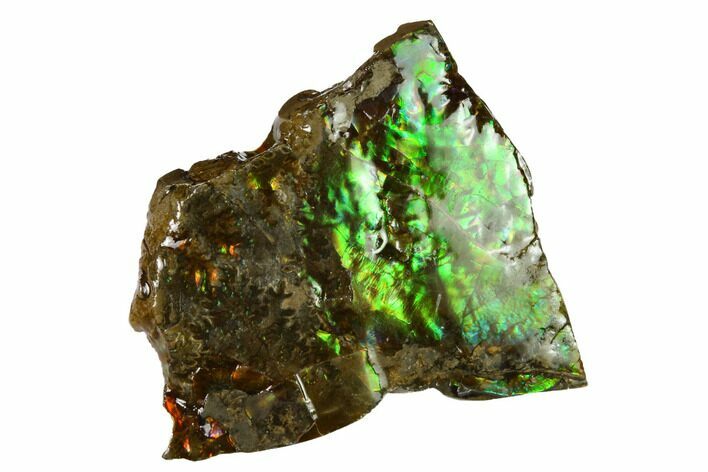 This is a small section of brilliant, iridescent ammolite from the Bear Paw Shale of Alberta, Canada. It has wonderful orange, blue and green hues that shine differently depending on what angle the specimen is viewed from.


An iridescent opal-like play of color is shown in fine specimens, mostly in shades of green and red; all the spectral colors are possible, however. The iridescence is due to the microstructure of the aragonite: unlike most other gems, whose colors come from light absorption, the iridescent color of ammolite comes from interference with the light that rebounds from stacked layers of thin platelets that make up the aragonite. The thicker the layers, the more reds and greens are produced; the thinner the layers, the more blues and violets predominate. Reds and greens are the most commonly seen colors, owing to the greater fragility of the finer layers responsible for the blues.
FOR SALE
$29 $26
DETAILS
SPECIES
Placenticeras sp.
AGE
Late Cretaceous (70 million years) 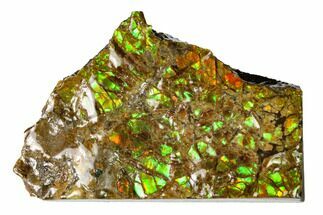 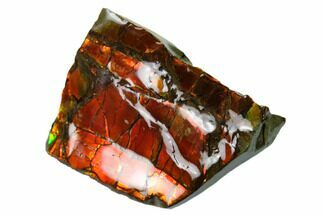 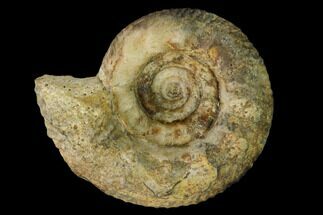 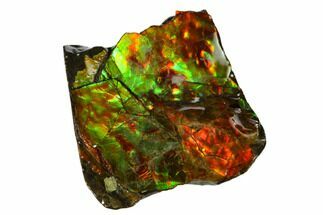 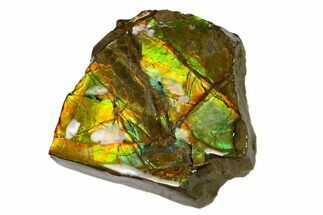 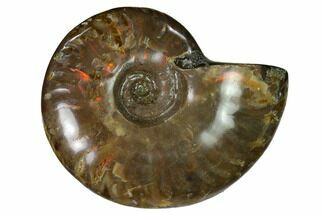 2.2" Red Flash Ammonite Fossil - Madagascar
$15 $13
Our Black Friday Sale Has Begun!
Up To 30% Off Of All Items Sitewide
With Black Friday falling a week later on the calendar this year, we have decided to start our sale earlier. From now through Cyber Monday (Nov 30th) everything on our website is on sale. Be sure to check back often as hundreds to new listings will be added throughout the week.