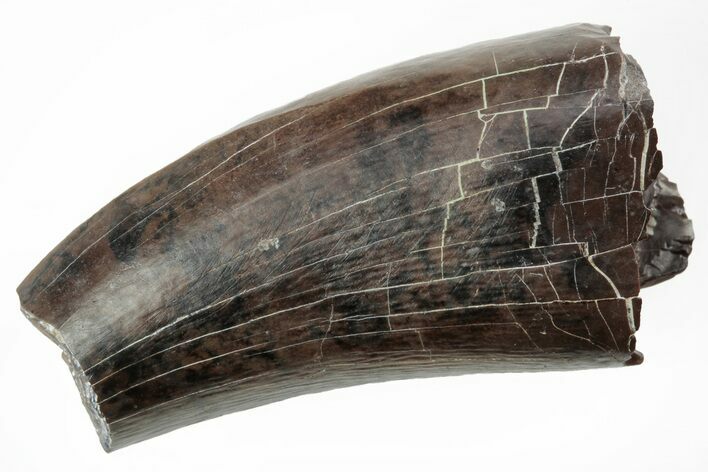 This is a gorgeous, serrated, 1.48" long Tyrannosaur tooth from the Judith River Formation of Montana. This formation is approximately 75 million years old, or about 9 million years older than the Hell Creek Formation which also produces T. rex.

The enamel preservation and serrations on this tooth are stunning. The tip is broken and was lost over the years within the ground.