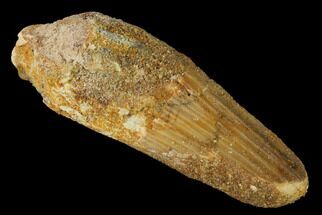 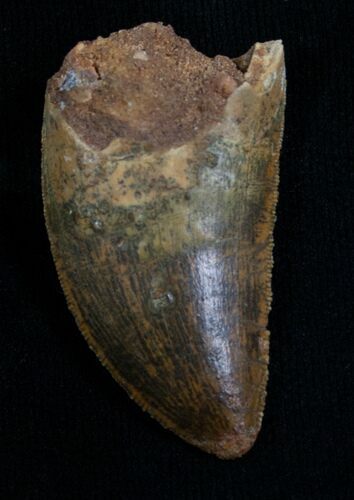 This is a 1.47 inch long tooth from the gigantic, meat-eating, theropod dinosaur, Carcharodontosaurus. Often referred to as the "Moroccan T-Rex" this monster is one of the largest know theropod dinosaurs. This tooth would have come from a juvenile of the species.

It has beautiful, dark enamel preservation and most of the serrations are in good shape. Unlike most Carcharodontosaurus teeth being sold by dealers it has no restoration, repair or compositing. 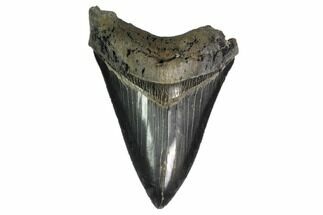 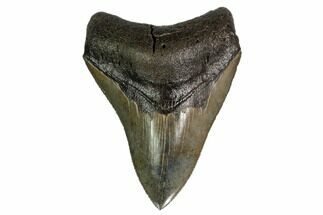