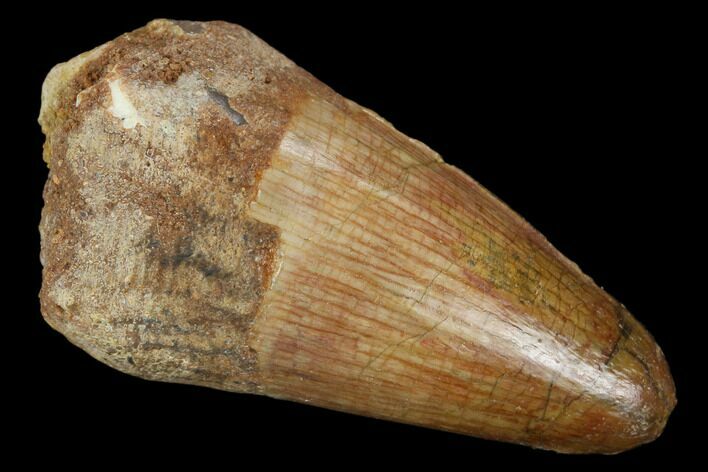 This is a 1.5" fossil crocodile tooth from the Kem Kem Beds of Morocco. There are at least six genera known from the Kem-Kem and it is difficult to assign a taxonomic identification because some of the genera are not well described. There is a repair and some gap filling to the base of the tooth. 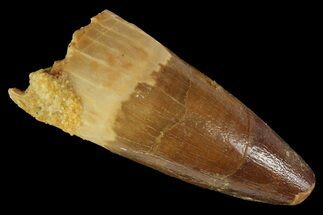 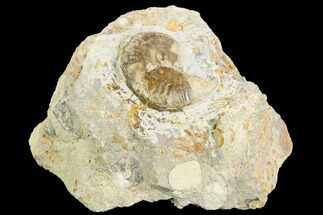