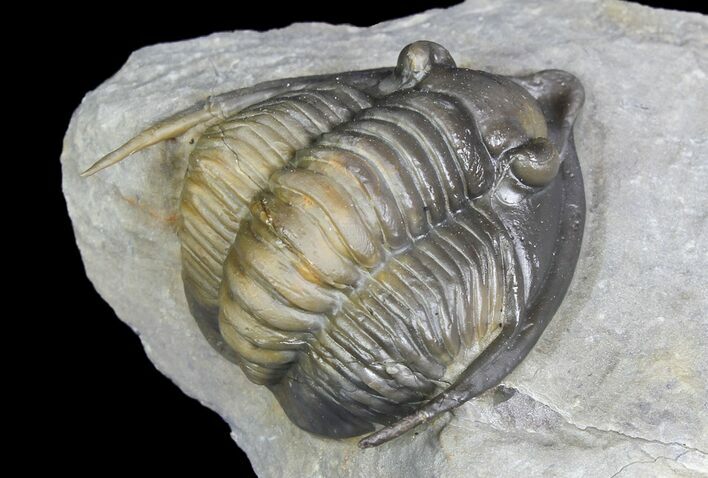 This is a beautifully preserved and prepared, 1.5" long specimen of Diademaproetus antatlasius from Ofaten, Morocco. This elengant species features long swept back genal spines and a distinctive rostrum. The trilobite has a naturally, multi-colored shell which sometimes is seen on trilobites from this location. Both of the genal spines have been prepared free-standing.