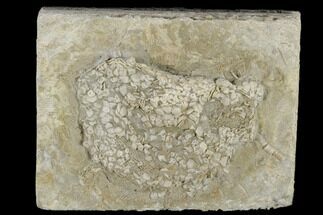 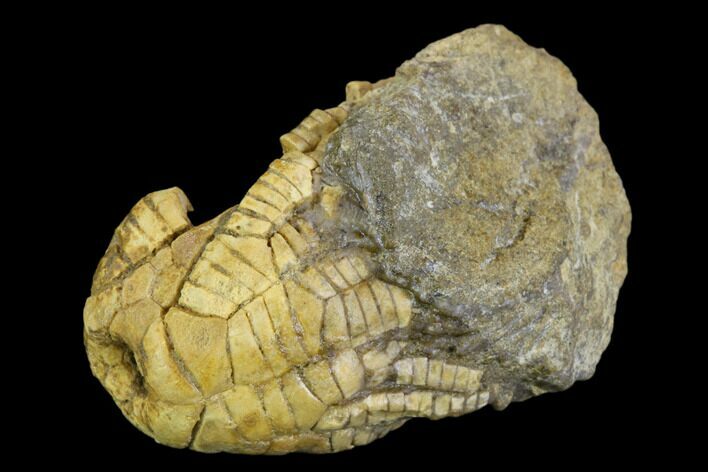 This is a 1.5", fossil crinoid (Zeacrinites) from the Bangor Limestone, Franklin County, Alabama. It shows the calyx (body) and pinnules (feeding arms). A portion of the rock in which this rinoid was found, is still attached.