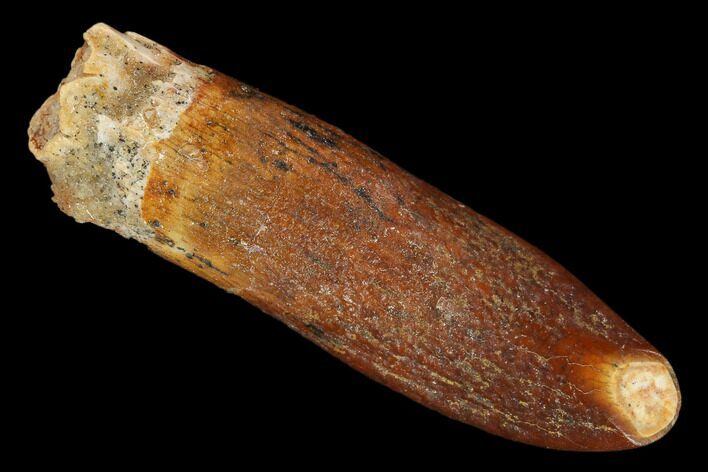 This is a 1.5" long tooth of the large Moroccan diplodocid, Rebbachisaurus garasbae. It comes from the Late Cretaceous, Kem Kem of Morocco, home to such meat eating giants as Spinosaurus and Carcharodontosaurus. The tooth has really nice enamel preservation and a distinctive chisel tip wear pattern. 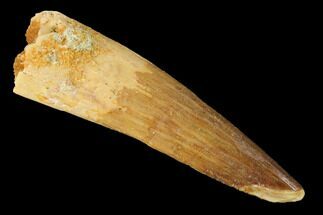 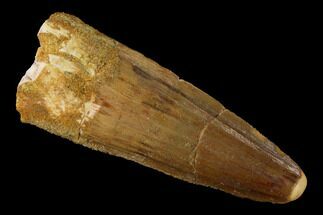 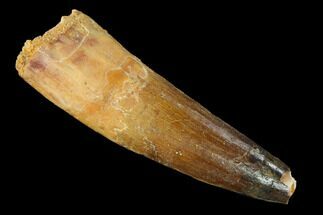 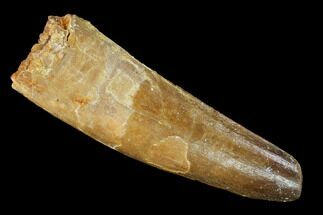 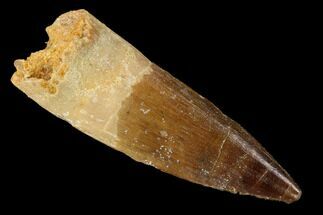