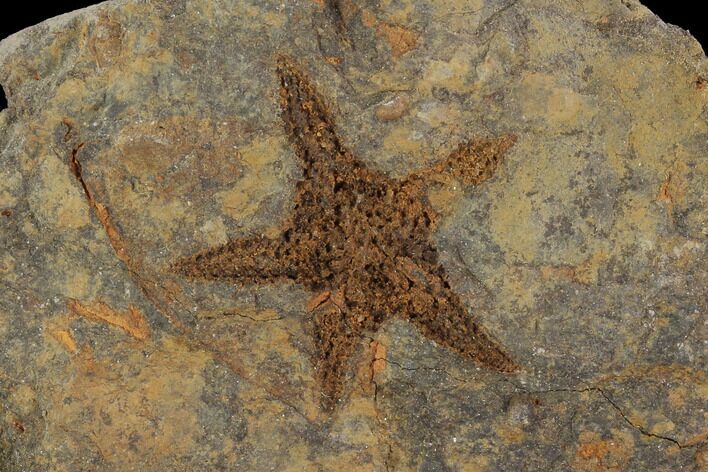 This is a 1.5" wide, Ordovician aged starfish of the genus Petraster. It comes from the Tioririne Formation near Blekus, Morocco. The specimen shows an amazing amount of detail and the natural, orange coloration is due to the oxidization of iron pyrite. There are also a number of Edrioasteroids (Spinadiscus lefebvrei) associated with it.

There is a repaired crack running through the rock. Comes with an acrylic display stand.